THERE IS VALIDITY IN JUST BEING 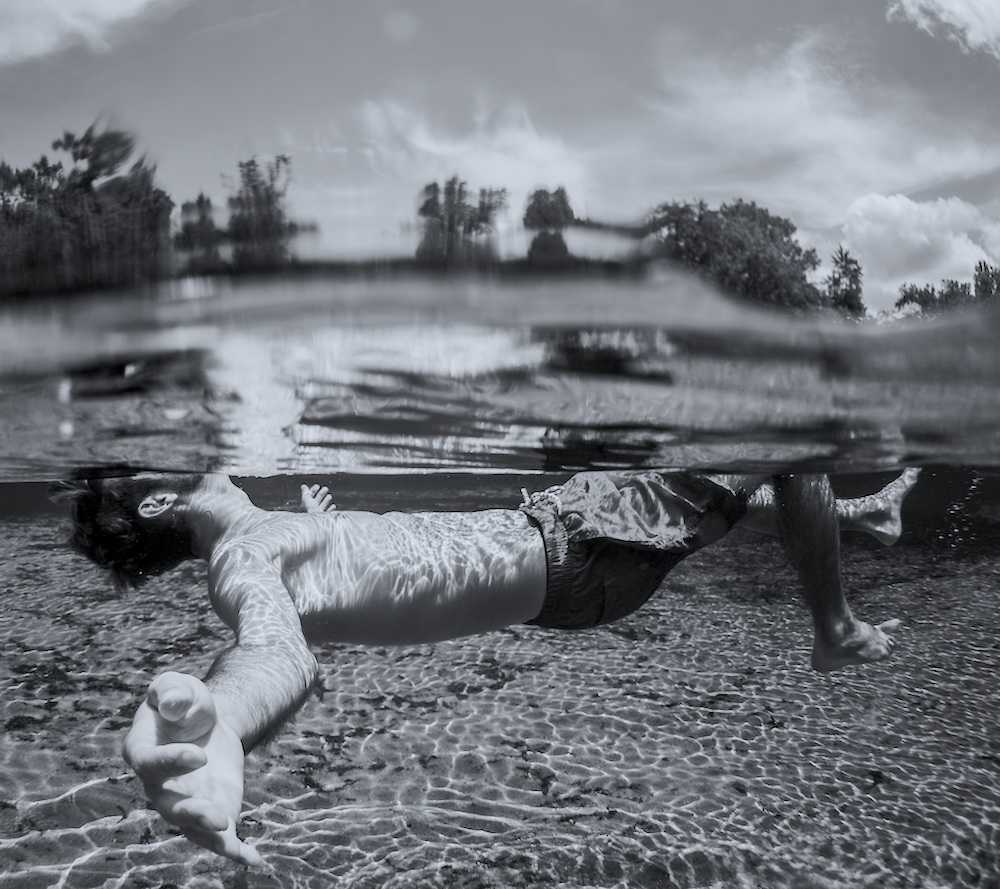 This is the start of a series of posts I’ll be making recapping my client sessions to share with you both what a session looks like and the messages that come through. My hope is that you’ll see yourself in these experiences, which often explore universal messages that many people can relate to or learn from. I’ve received permission from the client to share the story of their session. Names and identifying details have been changed.

At the start of Alex’s session, she was most aware of tension and pain in her back, neck, and shoulders. She was hoping for relief from the pain and to explore what might be underlying it.

She first noticed that her body felt heavy against the chair. That heaviness translated to a feeling of floating. When I asked her to tell me more about floating, she saw herself, from the side, floating in the ocean. The water was warm and comfortable, safe and soothing. The image and sensations were associated with her core, or the centre of her body.

As a practitioner (and this is a good general life practice as well), I always ask my clients to pause when things feel good in the body. We rarely get enough space in our day to stop and just feel good in our bodies, so whenever something comes up that feels good, I like to create space to invite the body to teach us what it knows about that feeling. Alex stayed with that safe and soothing feeling of floating in the warm water, she basked in it.

Eventually, Alex noticed that the ‘floating her’ would stop and tread water every now and then. She was looking around to see if there was anything to do, aside from floating.
“If you could send her a message, what would you send?” I asked.
Alex replied, “I’d tell her there’s nothing for her to do. Nothing needs doing, she can just enjoy the water and floating in it.”
“And what’s her response?” I asked.
“Ease. Relaxation,” Alex replied.

When prompted to check in with what the ease and relaxation were like for her, she said it felt good for her to hear that message, to feel that ease in her body, and enjoy the image and the feeling of floating.

Then we moved to a space in Alex’s body that she was curious to explore, the part of her abdomen below her belly button (also the sacral chakra area). She was concerned that she experienced no feeling or sensation there, and she described it as feeling like a void. It turns out that years ago, she’d had a hysterectomy, and ever since then she had struggled to connect with the ‘void’ space that remained.

We explored the void space together and eventually I asked her what she would put in the void if she could put anything in there. The first thing that came to her mind was a pink, rose quartz heart. It was large and filled up the void. This surprised her, as it wasn’t something she had ever thought of as associated with that space, but it felt comforting to have it there.
“What would that heart say if it had a voice?” I asked.

The words came quickly and easily: “There is validity in just being.”
(Now, hold on and just let that sink in for a moment. The power of that statement resonated deeply with me, as I’m sure it resonates with many of the doers of the world. I responded with a big exhale and an emphatic “Yes”.)

Connected with the previous message of “Nothing needs to be done,” her body’s messages were reminders that being, rather than doing, was the thing that would bring her ease and relaxation if she could spend more time there.

And it made sense, because Alex’s response to the statement from the heart, even while she took in the power of it, was one that is common and that most of us can relate to: “I’m already trying to figure out how to ‘do’ the being,” she laughed, “My mind is already coming on board and telling me I have to hurry up and figure it out.”

But her body knew what she needed, and it sent the message loud and clear: There is validity in just being.

I asked her for her one biggest takeaway from our session, the thing she wanted to remember most and have more of. It was the image of the heart filling the void, reminding her she was valid, good enough, just being, just as she is.

And there it is, the tool she can put in the toolbox. That is the reminder she can return to again and again. Every time she is in a hurry to figure something out or her mind takes over and she switches into “Do” mode, she can call on the image of the heart in the void and instantly be taken back to that place, the feeling, the message: There is validity in just being.

When we checked back in with her body at the end, she noticed it felt much lighter. The pain and tension in her neck, back, and shoulders had dissipated, like the edge had been taken off, and her back was asking to be stretched and moved around. This is important, because when we connect with the truth that our body wants to tell us, and we listen deeply and wholly, our body can start to release and shift, just like Alex’s did.

Get as comfortable as you can, close your eyes, and take a few deep breaths. Repeat the phrase “Nothing needs to be done. There is validity in just being.” Where in your body knows the truth of that statement? Or where in your body wants you to learn more about that? Say hello to that part of you. Ask that part of your body to show you an image that represents that message, that nothing needs doing and you are valid for being, or maybe your body will remember a time when you felt really good just being and there was no pressure to do. Stay with that image and notice how it feels in your body. Connect back to it whenever you feel stressed or rushed or like you’re falling into “Do” mode and you need a reminder that you are valid just being.

All phone calls and messages are confidential