INSIGHTS FROM THE DARKROOM – THE ANVIL KNOWS ABOUT REST 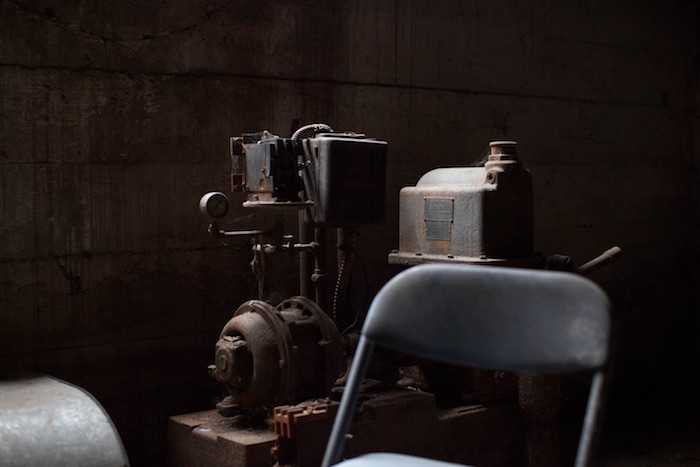 This video is part of a series of posts that recaps client sessions as a way to share with you the types of messages that can come through. My hope is that you’ll see yourself in these experiences, which often explore universal messages that many people can relate to or learn from. I’ve received permission from the client to share the story of their session. Names and any identifying details have been excluded.

Get as comfortable as you can, close your eyes, and take a few deep breaths. Settle in to whatever position you are in. Notice how your body makes contact with the surface it is on. Notice what parts of your body sink in more than others. Do you notice any heaviness or other sensations? Scan your body and check in with where in your body could use more rest. Now try and connect with the part of you that already knows about rest. Say hello and allow that part to remind you of what rest feels like, what it looks like, the quality of rest. Maybe there’s an image that arises that represents rest to you. Stay with that feeling/knowing/image of rest and notice how it feels in your body. See what happens if you invite more of it, if you bask in it. Connect back to it whenever you feel like you could use a reminder of what rest feels like.

I have this one particular example where somebody was interacting with their body, connecting, listening, and noticing sensations. They noticed a heaviness, and in that heaviness, the image of an anvil eventually came up. And this anvil was weighing down one part of their body while the rest of them was being stretched like gum in a million different directions. It representing something like having to do all the things, how will I have time to do everything, how can I be all the things to everyone and get everything done when there’s not enough time and having trouble sleeping and all that.

And this person eventually realized that the anvil was on top of on top of their essence, on top of the essence of what they want to connect with, who they are, all that juicy truth and goodness, this is anvil is covering it up. And that’s leading to a lot of tightness and constriction and heaviness from that idea of being pulled and stretched and that weight. So this person wanted to, of course, say something like, “Let me go, go away anvil, I don’t want you anymore”.

But it turns out the anvil was immovable. I mean, it’s an anvil right, it makes sense. But how do you get to your essence under this anvil if you can’t move the anvil?

And I think that doing this work with the body is so important because so often we come in with our idea of what is the thing to do, how the way to be is, and we have these heavy things that we just want to get rid of. And then this really remarkable thing happened, which is we came to the idea that this anvil is a part of you, it came from your body, from your imagination which is part of your body, it’s a part of you, it represents a piece of you. It knows something about you. It knows something about your life or about what you need and maybe there is a learning there.

And it surfaced that the anvil knew about rest. It knew about being immovable. Being heavy in a strong way, in a way where you can just sink down and sink into something. A different degree of rest that happens when you can fully exhale.

And so for this particular person that was a really different perspective. That was a totally new way of being with the weight of the anvil instead of pushing against it and being frustrated and disappointed and just wanting to push and push and push and getting nowhere. It was this idea of like, huh okay, so this part of me, this anvil is teaching me something about rest, it’s teaching me something new. I have something in me that knows how to rest and knows how to be immovable. And maybe when I get more in touch with this part of me that wants me to rest and can show me how to rest and what it feels like to rest, maybe underneath that is the connection to my essence that I’m seeking.

And what’s important here is that these are universal messages. Not everybody has an anvil and gum in their body as the thing that comes up, of course, because every session looks different.

In this one in particular, there were universal messages about doing all the things, about having to be everything for everyone, about being stretched in many different directions, about feeling the push back against that and wanting things to move but not being able to get them to move, about not knowing how to be with that without discomfort and struggle, and about getting in touch with with who we are and who we want to be. These are all universal truths that many can relate to.

We all have these things in us somewhere and while it looks different,  the main point is to just open the conversation, ask questions, be curious about it, and see what happens.

So if that sounds totally weird, it’s because it is a little bit, but in a really really excellent way. If you have any questions just fire me an email because I really like talking about this stuff!

JOIN THE COMMUNITY AND GET INVITES TO FREE MONTHLY TOGETHERNESS GATHERINGS

Because when we’re in uncertain territory it can be uncomfortable, but together we can lean into the discomfort and create something meaningful, something that reminds us we are whole and worthy and in this together.

THE DETAILS: I’ll email you twice a month. Once with a list of events – Workshops, support groups, FREE monthly Togetherness gatherings (both online and in-person), and once with some inspiration to support you on your journey to know yourself better.

Yay! Keep an eye out for a note from me in your inbox.